http://klsir.staging.gabriels.net/resources/v_3_9_7_68952/siteresources/my%20folder/local/img4.jpghttps://player.vimeo.com/video/114722596
Located in Morris County, the town of Morristown played a crucial role in American history and the founding of the nation during the Revolutionary War. Those moments in history also helped shaped the town residents know and love today. Historic homes, parks, sites, and buildings make up most of the area, providing a picturesque backdrop against which the town's residents can live, work, and play.... 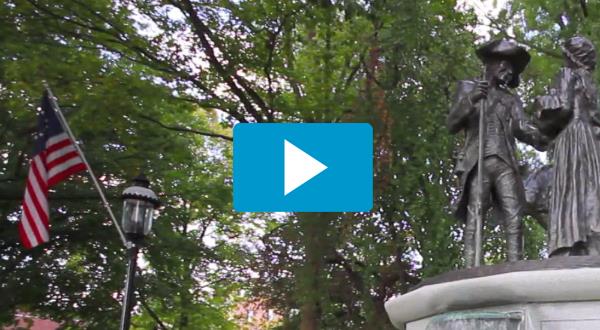 Located in Morris County, the town of Morristown played a crucial role in American history and the founding of the nation during the Revolutionary War. Those moments in history also helped shaped the town residents know and love today. Historic homes, parks, sites, and buildings make up most of the area, providing a picturesque backdrop against which the town's residents can live, work, and play.

Around 1995, the Morristown Partnership set out to revitalize Morristown's historic downtown district. It made the space more inviting for small businesses, restaurants, and retail shops; beautified the area with new landscaping and fixtures; and helped business owners restore the historic building fronts. Parking became more accessible, and Morristown became one of New Jersey's favorite small towns. Today, that historic district known as "The Green" is a favorite shopping and dining destination for residents and visitors, particularly those who live within walking distance of the area. Thanks in part to the revitalization that has taken place over the last two decades, Morristown often makes the list as one of the best and hippest places to live in the entire state.

Many people also choose to call Morristown home because of its proximity to New York City. At just 30 miles away, commuters can spend their evenings and weekends away from the hustle and bustle of the big city and take advantage of lower crime rates, lower taxes, and more green space and recreational opportunities for their families. The area is also rich with culture. From museums and theaters to parks and historic sites, there is always something to do in Morristown.

View Homes for Sale in Morristown, NJ
The town of Morristown is one of the most historic places in the United States, thanks to its role in the Revolutionary War. However, before Europeans moved to the area, it was inhabited by the Lenni Lenape Native Americans for over 6,000 years. During the 1600s, many Dutch and Swedish immigrants moved to the area and began trading furs with the natives. It was originally part of the New Netherland colony until England gained control.

In 1715, English Presbyterians settled the town, and it eventually became the county seat of the newly-formed Morris County in 1739. Within a couple of decades, it had two churches, a courthouse, two taverns, two schools, and several farms, stores, and mills. George Washington visited the area in 1773 before making it his headquarters during the Revolutionary War in 1777. Its location between New York and Philadelphia, as well as the skills of the local residents made it an ideal spot for such a crucial place. Today, many of the homes and buildings used during that time are preserved and visited by thousands of people each year.

Aside from the Revolutionary War, Morristown is where Samuel F. B. Morse and Alfred Vail created the first telegraph. It is where Alexander Hamilton married Betsy Schuyler, and during his lifetime, it received frequent visits from the Marquis de Lafayette.

Dining, Shopping, and Entertainment in Morristown

When one thinks of attractions in Morristown, historic sites are the first thing that come to mind, and they are plentiful. However, there are also many modern ways to have a good time. The town is home to multiple restaurants, ranging from old-world Italian cuisine to comfort food straight from the farm. There are several places to shop in the community, ranging from the small shops located in The Green to the nearby upscale Mall at Short Hills. Many parks, museums, golf courses, and theaters are located in and around Morristown, as well.

Parks and Playgrounds in Morristown

Morristown is also home to the famous Mayo Performing Arts Center. It is a wonderful place to catch a musical, a popular music tour, or a stand-up comedy special, as well as other performances. Classes and camps for children are also available.

The information set forth on this site is based upon information which we consider reliable, but because it has been supplied by third parties to our franchisees (who in turn supplied it to us) , we cannot represent that it is accurate or complete, and it should not be relied upon as such. The offerings are subject to errors, omissions, changes, including price, or withdrawal without notice. All dimensions are approximate and have not been verified by the selling party and cannot be verified by Kienlen Lattmann Sotheby's International Realty. It is recommended that you hire a professional in the business of determining dimensions, such as an appraiser, architect or civil engineer, to determine such information.